Grocka on the Danube

Grocka on the Danube - The place where everything started.
Sightseeing tours of cultural heritage sites and other attractions of Grocka district.

You are kindly invited to visit Grocka on the Danube, the territory where the first European civilization arose many millennia ago - the renowned Vinča culture.  This city district only 25 kilometers away from Belgrade is also rightly called “Little California”.  It is a favourite destination near Belgrade for all river and nature lovers. Grocka is a city district with the oldest cultural heritage sites as well as wide spectrum of other significant sites and localities. Along the bank of the river Danube in Vinča and Grocka, you can find raft restaurants where you can enjoy gastronomic delights at a reasonable price hence spicing up your visit with a memorable taste. 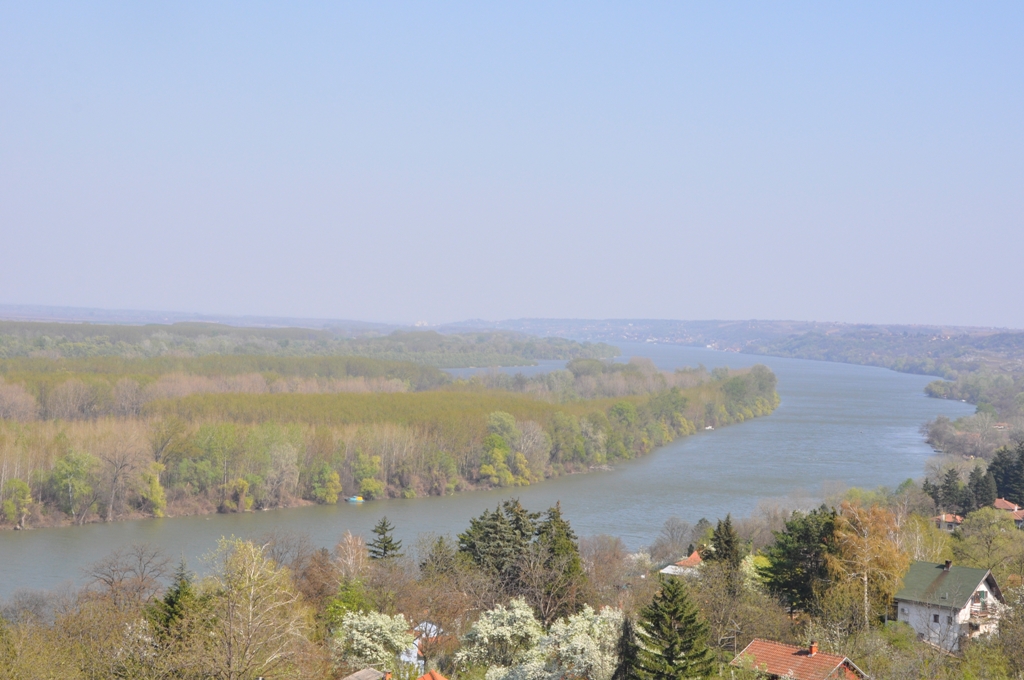 Here you will learn about the rise of the very first European civilization situated in Vinča with the help of a professional curator and archaeologist Dragan Janković, from Belgrade City Museum. Hence this protected locality is of outstanding value for The Republic of Serbia. It was given the name “Belo brdo” due to the bright colour of the woody terrace on which it is located on the right bank of the Danube.  Vinča is one of the most significant archeological sites in Serbia from Neolithic period. The remnants of houses, represent the largest prehistoric settlements by continuous habitation that lasted over thousands of years. In the sediments archeologists also dug out a large number of ceramic vessels as well as other everyday objects, famous anthropomorphic and zoomorphic figurines like Lady of Vinča, jewelry and a lot of tools showing the earliest known copper metallurgy in Europe. There is also a proto-writing form developed prior to the Sumerian and Minoans, known as the Old European script, dating back to around 5300 BC. There is a possibility of purchasing souvenirs with the motives of Vinča’s figurines.

The high street in Grocka, a living testimony of the past times, is an important achievement of vernacular architecture. Today it is a spatial cultural-historical unit of great importance for the Republic of Serbia. It has always been the high street as well as the oldest one in Grocka.  Owing to its significance Gročanska čaršija holds the same status as Kosančićev venac in Belgrade and the Old downtown of Zemun. This protected cultural-historical unit includes the following old buildings: Apostolović’s family house from the middle 18th century, the Nišlić’s family house and Savić’s mehana from the beginning of 19th century as well as visually dominating Church of Holy Trinity which was first built in 1883 on the foundations of the older sacral building from 1828 constructed with the support of Prince Miloš Obrenović.  The entrance of Gročanska čaršija is marked by a monument dedicated to Ilija Garašanin, famous statesman and prominent citizen of Grocka. It is work of art performed by sculptor Nikola Koka Janković.

Permanent exhibition of Dr. Aleksandar Đ. Kostić collection is on display in the gallery of Ilija Garašanin Library. Ilija Garašanin Library is located in the heart of Grocka's old town, which itself is a protected heritage site of exceptional historic importance.
Dr. Kostić was a multidisciplinary scientist and founder of sexology in Serbia. Collection includes valuable archeological and paleontological finds from Grocka region, as well as personal items of Dr. Kostić, donated by his son Vojislav Voki Kostić, famous Serbian composer and gastronome.
While building a summerhouse in Dubočaj in 1932, Dr. Kostić discovered a rich archeological deposit and initiated its exploration. His finds were bequeathed to the town of Grocka in 1978 "as an encouragement for further exploration". Originally hosted in the Grocka Heritage Museum located in the Rančić House, the exhibition has again been put on display after many decades of neglect.
Dr. Aleksandar Đ. Kostić (1893–1983) was a founder, professor and dean (1936-1939) of the University of Belgrade School of Medicine. He was also a founder of the Institute for histology and embryology, School of Veterinary Medicine and School of Pharmacy.
Dr. Kostić is an author of numerous textbooks on the subjects that previously didn't exist in Serbian. He was awarded with the French Legion of Honor in 1940 for his contribution to the world science. Today, Institute for histology and embryology bears his name, as do two streets, one in central Belgrade and one leading to his former summerhouse in Grocka.

Rančić family House is more than two centuries old and marks four decades of cultural role offering every visitor unforgettable atmosphere with its timeless harmony and tranquility.  Its name comes from Rančić’s family who built it and lived in it for almost two centuries.  It was built from the material found in the vicinity without a single metal nail, wide roof eaves with doksat (wooden porch) and ćeramida (characteristic roof tiles) which all together makes it a precious intact specimen of vernacular architecture. The house was proclaimed to be protected as a cultural monument of great value in 1966 and ‘hosts’ Cultural Center of Grocka since 2008.  There you can find brochures, souvenirs and postcards of Grocka.

Brestovik is a village located on southeast of Grocka in the vicinity of the Danube.  It got its name by Prince Miloš Obrenović after the elm trees that used to be grown there.  In addition to lovely landscapes with orchards and vineyards, Brestovik is also known by antique tomb, one of the most valuable cultural monument form antique period in Serbia preserved so well that you can even enter it. It used to belong to a noble Roman family.  Today it is available for visits as a cultural monument of great value for The Republic of Serbia.

Rajinovac Monastery with the church dedicated to “Nativity of the Holy Mother of God” is located about 30km from Belgrade, in Begaljica village within Grocka district.  The  first written records date back to the 16th century. There is a legend about a young servant by the name of Raja who used to live in Begaljica long time ago and was killed and robbed by his Lord’s sons. In order to make amends for the sins of his sons the Lord decided to build a small wooden church. There was a rumor that this church was built with the money that used to belong to Raja (Raja’s-money which is the meaning of Raji-novac) which explains how the monastery got its name which remained to the present day. The spring next to which he got killed is in place even today and is believed to have healing power. The monastery is well known by the icon of Holy Mother of God from Rajinovac that, as believed, helps couples to get children.  The monastery is alive and resided by nuns. There is a souvenir shop there where you can find postcards, rosaries, honey, homemade rakija (brandy)  and other things.

Restaurant “Vinogradi” on Aga’s hill, also an archaeological site, situated just above Gročanska čaršija, has always been a gathering place of artistic elite as well as international delegations in former Yugoslavia, attracting many visitors with its extraordinary view.  Long list of its guests starts with former Yugoslav President Tito, accompanied by many European state officials, Ambassadors, famous actors and actresses like Sophia Loren, writers, artists etc. which shows great appreciation of ‘Vinogradi’ restaurant.  Its unique interior was a setting for shooting many popular series and films with the most prominent domestic actors.  The view which makes this restaurant so popular starts with the vineyards after which it got its name, continues with the flow of the river Danube and the two islands on it, then hills and rooftops of houses in Grocka, and scratches in the distance all the way to town Pančevo, mountain Fruška Gora and to the other side to Smederevo fortress, the vineyards of Vršac reaching even the Carpathian mountains in Romania. Neil Armstrong’s comment about this place was: “This view is more beautiful than the view from the Moon!”

All the guests that visit this club are welcomed by its owner Nenad Paunić. ‘Urban Cowboy’ club is a story of long-lasting love and passion for horses that family Paunić long-established in Grocka has sustained for decades.  Today the Paunić’s horse club is open for all fans of equestrian sports and horse riding.  There are 10 to 12 horses and three carriages are very popular during manifestations and festivals although its primary focus is on western horse riding in the nature.

Long ago, as sailors coming up the Danube at dawn passed the two islets at the town of Grocka, a hill would emerge to their left, covered in vines that would shine brilliant indigo color from the copper mixture they were sprayed with. So they called it Plavinci, meaning Indigo Hills.
Certified organic production means no pesticides, herbicides, fungicides or synthetic fertilizer on the grapes. Plavinci do not add anything in the process of winemaking. At Plavinci, human action is in total harmony with nature.

This experimental estate is one of departments of Faculty of Agriculture at Belgrade University.  It is a legacy of family Vukićević and on some 100 ha it cultivates old, autochthonous kinds of fruits and produces planting trees of apple, peach, apricot, cherry, sour cherry and grapevine. Together with municipality of Grocka it helps a lot in promoting local tourism offering great possibility for family outings in Fishing Center and Project Little Danube.  The scenery is decorated with water lilies, tortoises, mini zoo and carefully maintained ambiance.

The Commemorative Monument with charnel-house was built in Ritopek in 1946. It was erected in honour of the Red Army soldiers and the soldiers of National Liberation Army who got killed in the fights for liberation of Ritopek and Belgrade during II World War.  It is unique in Serbia by its design and purpose and as such was proclaimed as the cultural hereditament - cultural monument.  It was designed by architect Momčilo Belobrk and the relief is the work of architect Branko Krstić. This monument was conceived as a dominant vertical on the hill by the Danube, with total height of 12 meters making it so visible from the distance.  These 12 meters symbolise 12 long days in that October in 1944 when the bloody fight for liberation from aggressor took place.  Posthumous remains of Red Army killed soldiers were transferred from Memorial charnel-house in Ritopek to the Graveyard of the liberators of Belgrade, where they rest today.  In the forest Patronjak next to the village Dražanj there is one memorial monument dedicated to national-liberation fights during II World War.  This memorial marks the place where the first partisan troops from Smederevo and Grocka as part of Kosmaj’s division were formed to organize national resistance against the aggressor in September, 1941.